500,000+ Lives Could’ve Been Saved if Only the U.S. Had Embraced New Zealand’s COVID-19 Strategies

Yes, indeed, I’m saying it. Embracing a series of common-sense approaches in the U.S. would have saved more than 500,000 lives.

Yes, indeed, I’m saying it. Embracing a series of common-sense approaches in the U.S. would have saved more than 500,000 lives.

After waiting nearly two years, I have been lucky enough to once again visit family and friends in New Zealand.

The experience is jarring.

Since March of 2020, I closely followed New Zealand’s and other countries’ approaches in the media. Still, experiencing firsthand how different the approach here in New Zealand is compared to the U.S.’s has been inspiring, exciting, humbling and saddening.

Seeing up close the results of an initial and ongoing approach that puts concern for the public’s health first evoked in me a surprisingly strong and personal emotional response. Are there differences of opinion? Certainly. Are these differences in the context of protecting public health? Absolutely.

Experiencing what other governments and the public can do compared to how we in the U.S. have allowed our national leadership to manage the process so very poorly was, and still is, very unsettling for me on a personal level, as well as for those who’ve unnecessarily lost loved ones.

After being released from a 14-day managed quarantine, I have been able to enjoy all of the following without fear or any reservations about potential health risks:

And, I lived like this in a country that has a below 5% vaccination rate. 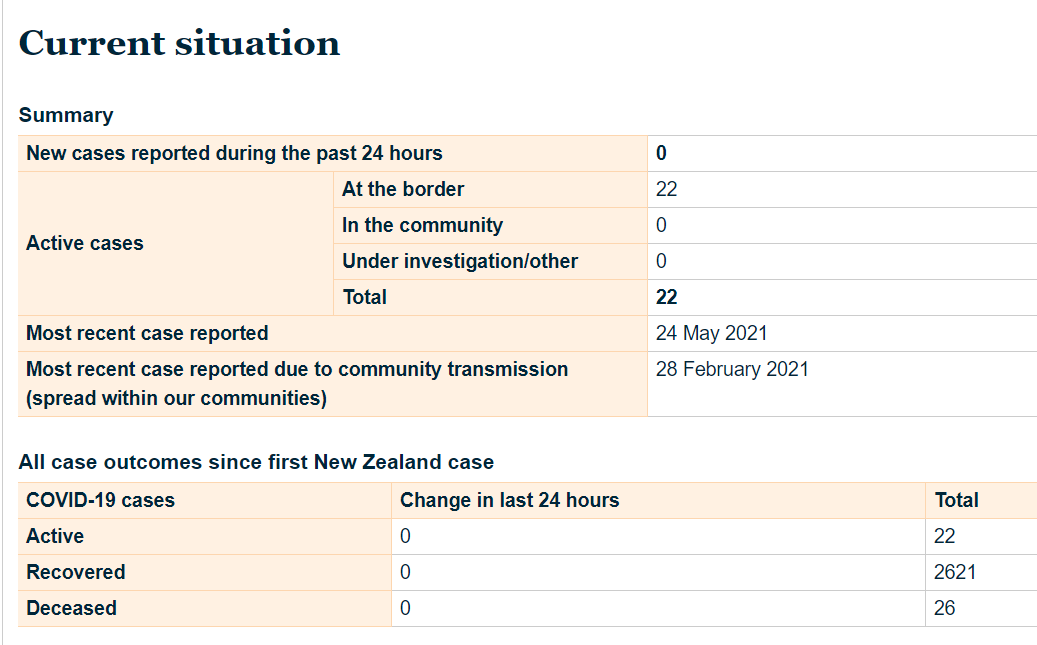 The Colossal Size of the U.S.’s Failure to Lead

It is very difficult to comprehend the magnitude of the U.S. government’s failure to lead, manage and protect our citizens. Our national leadership is most surely directly accountable for a huge death toll. Especially since the strategies adopted here in New Zealand are predominantly common sense, rather than mandates.

Our inability to see and act on proven, basic safety strategies is stunning when you look at the U.S.’s response from a 100,000-feet level.

Using New Zealand’s death rate per million (5) and applying that to the U.S., the U.S. death rate could’ve been fewer than 2,000. That’s not a typo.

Here is the math:

If you want to discount New Zealand (Aotearoa) as too small and too isolated to be a relevant and fair comparison to the U.S. (and, we will certainly look for quick excuses), similar strategies in Australia have produced a death rate per million of 35. Applying that rate to the U.S., we would have kept deaths below 12,000. Also, not a typo.

Still unconvinced? Take a look at Taiwan and Vietnam.

If you still believe the U.S.’s approach was at least adequate enough and there’s nothing that could’ve plummeted our death rate, stop reading this blog.

However, in my opinion, did Americans suffer under massive leadership incompetence? Certainly. Is it manslaughter on our leaders’ parts? Arguably.

Why Have We Stopped Caring?

In the USA, we have become numb to death, making us unable to grasp the size of this colossal failure. Are the more than 100 gun deaths a day a serious problem? Yet, only mass shootings gain national attention and only for a short time as we watch leaders offer thoughts and prayers then move to the next story on our screens.

More reading: A Failure of Empathy

The Goal is Elimination, not Mitigation or Suppression

The early and clear objective of elimination sets other countries’ approaches apart from any U.S. national thought process.

When you look at the examples in New Zealand, Australia, Taiwan and Vietnam, remember that elimination was achieved without vaccines. This proves that elimination is possible. Yet, the widely held belief in the U.S. is that containment, not elimination, is all that is possible, and vaccines are the single answer.

What the Heck Did These Other Countries Do?

The answers are found online in reference articles. A few key points are:

Borders: In March 2020, the borders were closed to all non-citizens or non-residents. All goods entering country were checked thoroughly.

Conventional Precautions: Handwashing, masks, social distancing, bubbles, and health attestations strategies were heavily deployed and, in some instance, remain in place. In New Zealand today, everyone wears a mask in an Uber, on a plane, in a bus and at any healthcare facility. There is obviously some contradiction in this masking approach.

Lockdown: They came early and hard. Common sense, along with a clear look back at previous epidemics carried the day. The scientific community was fully engaged, listened to and respected throughout the process. Cautions were reiterated immediately on signs of a resurgence.

“New Zealand's "team of 5 million" has been endlessly credited for the quashing of Covid-19, but how did our leaders unite us when scientific evidence was being ignored elsewhere?”

"We've been widely and rightly praised for having an evidence-based response to the pandemic, but our response wasn't just about facts and numbers," Dr. Courtney Addison said.

"It reflects profound ideas about right and wrong, about life worth, and about what we owe each other as citizens.”

An example of the communication:

After putting her daughter to bed, New Zealand prime minister Jacinda Ardern hosted a Facebook live Q&A focused on coronavirus. Ardern implored New Zealanders to remain in self-isolation, while explaining the number of confirmed Covid-19 cases in the country will go up, but not to be discouraged.

Testing: Extensive testing was in place early and maintained.=

Quarantine: A 14-day mandatory quarantine is supervised by the military and police for anyone entering New Zealand. I was released on May 17th. It is not well done, it is very well done.

First, I had to get past my emotional response of being in an environment where every      possible effort was being taken to protect the health of all individuals.

Then for 14 days, I had to put up with three outstanding meals I chose from a widely varying menu delivered to my room each day. And of course, as it is New Zealand, morning and afternoon tea were offered as well.

How was my accommodation? A picture is worth a thousand words. 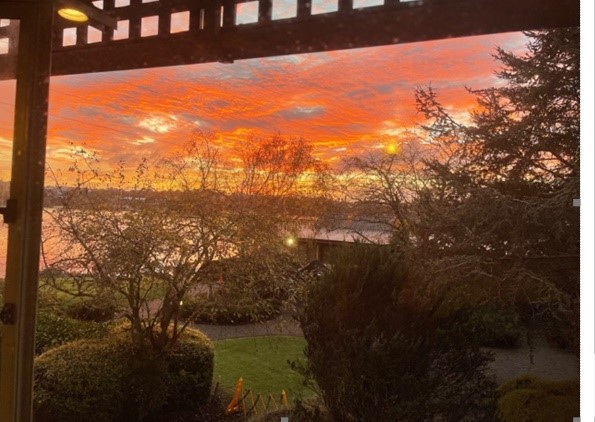 COVID Tracer App (launched May 20, 2020): NZ COVID Tracer is a mobile software application that enables a person to record places they have visited in order to facilitate tracing who may have been in contact with a person infected with the COVID virus. Using a QR code assigned to every business and location, the app has nearly 3 million registered users and today recorded nearly 500k scans. Scan and Bluetooth are deployed.

Many are not using the app anymore. It’s hard to maintain interest when there are 22 active cases nationwide and all are in quarantine. Importantly, there is a sustainable national infrastructure in place that can immediately pivot to widespread usage at the earliest signs of a resurgence.

Vaccines: Vaccinations have commenced and are being actively promoted.

Six Lessons the U.S. Can Learn and Should Apply

Patient Satisfaction: Communication Boards – Use Them or Remove Them!

Communication Boards: The 8 do's and the 6 don't's for improving Patient Satisfaction and Experience

The Resiliency of High Reliability Organizations

If your facility is striving for high reliability be sure your course includes resiliency. Don’t just have a plan for recovering after a crisis, face...

Be the first to know about new Readiness Rounds articles & insights to build or refine your healthcare safety & patient satisfaction management with the tools and knowledge of today’s industry experts.