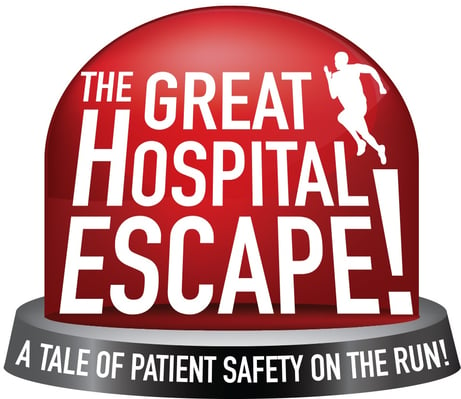 I know, I know—I was supposed to write Part II of Sentinel Events & Patient Safety: The Disturbing Data this month. The reason I chose to put it off for another month is not because I don’t feel it’s important, but because I experienced an event a couple of weeks ago that I think will really resonate with those of us that feel that patient safety isn’t an option in the healthcare setting. So, without further ado…

Last month, I was in the role as a hospital visitor for a family member that was an inpatient on a post-surgical orthopaedic wing. Of course, because of my career choice, I was poking around the room to make sure that everything was in order: communication board filled out; no supplies lying about (expired or in-date); IV site patent and secured; overall tidiness of room—my usual M.O. Everything appeared to be OK, and I was satisfied that my loved one was in a safe environment.

Later, as I entered the hallway to speak with a friend, I accidentally leaned up against the stairway exit door, which, to my dismay, had an alarm on it. Imagine the look on my face when the alarm started to loudly blare!!! Standing there very red-faced, I was flat-out embarrassed and ready to apologize for the ruckus that I inadvertently created. I really felt bad about hitting the door as the alarm was a disturbance for the patients and an annoyance for the already busy staff.

All of a sudden, it hit me (not the door, but a realization)! I had been standing there for at least a minute and NO ONE had come to investigate the alarm! Looking around the unit, it appeared to be business-as-usual; not one person acknowledged the very loud and annoying noise emanating from the end of the hallway. Finally a housekeeper walked over to me from her cart and stated that someone from the nurses’ desk would call Security to reset the alarm and “it happens all of the time.”

So, somewhere between being overjoyed that the horrible noise would soon be silenced and the disturbing fact that no one ever came over to evaluate what set the alarm off, I decided to make a non-scientific study out of the incident. After I fessed up to my family that I was responsible for all of the noise in the hallway and closing the door to the room, I informed my friend (who’s also a nurse) that I was going to survey the activity on the unit to see if anyone (meaning a staff nurse) ever came over to assess the situation to make sure that a patient hadn’t tried to elope from the unit.

Being on an orthopaedic unit, most patients are debilitated and older, which directly affects their mental status and physical stability, increasing the risk of confusion and falls. Patient safety as related to ambulation (most are using devices) and elopement should absolutely be assessed and vigilantly monitored during these patients’ stays, which, to me, includes staff response to alarms, clinical or otherwise.

After approximately 3 or 4 more minutes elapsed, the security guard arrived to reset the alarm (yes, the alarm was going off the entire time). He nonchalantly placed the key in the alarm lock, rotated the key, shut the alarm off, and turned around and walked off. That was it!

An event that lasted less than 10 minutes would stay with me and continue to resonate in my head:  “No one EVER came over and took the time to open the door while the alarm was sounding to see if a patient was in danger! No one! Not even the security guard, the housekeeper, NO one! My brain was racing across the potential outcomes of the door not being checked, such as a patient could have been lying crumpled at the bottom of the stairs, out wandering confused around the facility grounds, or worse! Not one person cared enough to even check! This is the type of thing that ends up in the newspapers with legal action taken against the hospital, resulting in a potentially huge financial loss.  Fortunately, my family member was alert and oriented and reasonably able-bodied, even after surgery, or I would have been camping out in that hospital room 24/7! 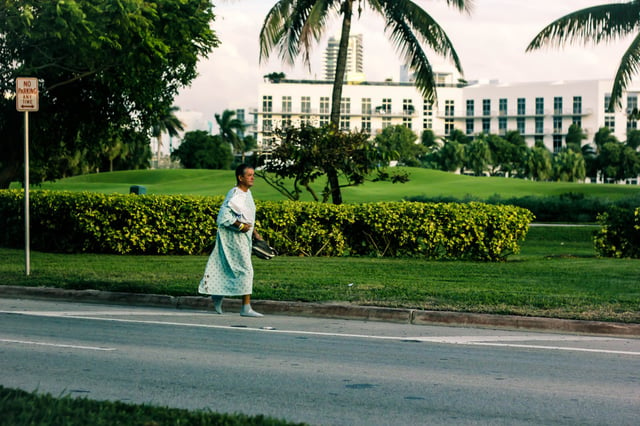 After my family member was settled back at home, the incident continued to weigh heavily on my mind, so I thought I’d do a little research to see if I could find of any recent reports of patient elopement from an acute care facility. I didn’t find anything in the media, but was surprised to learn that 7 instances had been reported to The Joint Commission (TJC) as Sentinel Events in 2015, with a total of 101 incidents reported between 2004 and 2015 (The Joint Commission, 2016).

Elopement isn’t considered a Sentinel Event unless it leads to “death, permanent harm, or severe temporary harm to the patient” (The Joint Commission, 2016).  So these 7 reported incidents from 2015 met TJC’s definition of a Sentinel Event and patients were harmed from the incidents, which were absolutely preventable if caregivers were paying attention to their patients and meeting their needs in order to keep them safe.

You’re probably thinking, “why all the fuss? Seven patients aren’t really that many when considering the overall number of patients cared for in our hospitals across the nation.” However, TJC has a disclaimer regarding Sentinel Events: “The reporting of most sentinel events to The Joint Commission is voluntary and represents only a small proportion of actual events. Therefore, these data are not an epidemiologic data set and no conclusions should be drawn about the actual relative frequency of events or trends in events over time” (The Joint Commission, 2016).  The disclaimer is cause enough for me to wonder what the real numbers are and really how many elderly or confused patients are at risk annually in our nation’s hospitals because of door alarms or other patient safety mechanisms being ignored? Not to mention the number of elopements that happen annually that aren’t classified as sentinel events—the numbers could be very, very scary.

Last month when I reviewed TJC’s Summary Data of Sentinel Events Reviewed by The Joint Commission, I glossed over these numbers as being infinitesimally insignificant when compared to the other Sentinel Events that were reported last year (surgical-related events, falls, suicide, etc...). The door alarm event brought back into the forefront of my mind that no matter what the numbers show, NO patient should ever be at risk for injury or death in a hospital setting due to gaps in processes and one patient at risk is one too many. Collectively, as healthcare professionals, we can do better—we have the tools, the time, and the resources, so why do our patients continue to be at risk? Agreed, we get wrapped up in our daily responsibilities, but if we don’t take the initiative today, it could be your patient or loved one on the other side of that door with the alarm going off and no one listening...

Legionnaires' Disease, is your facility at risk? [patient safety]

We will examine the factors that are playing a role in the increase in reports or Legionnaires' Disease and what can be done to increase patient...

Active Shooter in your hospital: are you prepared? | Patient Safety

Be the first to know about new Readiness Rounds articles & insights to build or refine your healthcare safety & patient satisfaction management with the tools and knowledge of today’s industry experts.