January 2017 marks the official launch of The Joint Commission's new risk scoring method program. All accreditation and certification programs will receive this matrix in their 2017 reports.

What is the SAFER Matrix?

It is a new risk scoring method for observations found during a TJC survey.

We begin today by discussing the definitions found in this new scoring method. Then we'll show you two separate examples of how it is utilized.

First, the y-axis is titled "Likelihood to Harm a Patient/Staff/Visitor". Defined as: the likelihood that a patient would be harmed from this incident. There are three levels of likelihood along the y-axis on the matrix.

High:  The observation made "could directly lead to harm without need for other significant circumstances or failures." (1) In other words, harm is likely.

Moderate: The observation made "could cause harm directly, but more likely to cause harm as a contributing factor in the presence of special circumstances or additional failures." (1) The key word here is possible.

Low: The observation made "undermines safety/quality or contributes to an unsafe environment, but very unlikely to directly contribute to harm." (1) It would be rare for patient harm to occur.

Secondly, the x-axis is titled "Scope". Defined as: the analysis of how widespread the problem is. Again, there are three levels of scope along the x-axis on the matrix.

Widespread: The "issue is pervasive at the organizational level; it is a process or systemic failure. In other words, a majority of patients could be impacted." (1)

Pattern: The "issue has potential to 'impact more than a limited number of patients'" (1); it is a process variation.

Limited: The "issue is a unique occurrence" (1); it is not representative of routine/regular practice.

When an issue is discovered during the survey, the Likelihood to Harm and the Scope will both be determined and the issue will then be placed in the appropriate box on the SAFER Matrix (shown below).

We've created an eBook that has these definitions plus many more need-to-know basics.

Let’s look at a couple of examples:

While reviewing pain management for hip replacement patients, it was discovered that nurses were administering higher doses of pain medication than needed, according to the patient’s description of pain using the pain scale rating.  It was agreed that nurses need to administer pain administration as prescribed and that doctors should not order ranges in the medication dosage. (2)

This issue would be placed in the Moderate/Pattern box (see below) because, for several records, the administration of pain medication is not consistent with provider orders. The medication type and dose were not in keeping with the severity of pain reported by patients. This appears to be a pattern of performance variation but doesn’t represent a pervasive or systemic problem in this program. It is possible that a patient could be overmedicated thus placing them at a moderate risk of harm.

While reviewing rounding checklists, it was discovered that critical lab results were not called into the physician within the required timeframe.  That timeframe was set by the lab policy and hospital procedures for critical result reporting.  The facility had written definitions of critical results, the timeframe for notifying providers, and expectations of who should report the results and to whom they should be reported.  Therefore, the organization’s policies and procedures were not followed. (3)

This issue would be placed in the High/Limited box (see below) because the critical test results were not called into the provider for one patient making the limited column appropriate. The organization has a clearly defined written policy and procedure for how critical values should be handled. This policy states the provider should be notified within an hour of result confirmation. The technician did not follow the policy. This appears to be an isolated issue and does not appear to be a systemic or widespread problem. Because of the nature of the tests and the critical results, the fact that the provider was not notified immediately placed the patient at immediate risk of harm, making the high likelihood to harm designation appropriate for this finding.

In the next couple weeks we will discuss more in-depth ways in which the Matrix will impact you, how you can prepare, as well as the way it has been designed to help you post-survey.

We've put together an eBook for an all-in-one guide to the new changes, new matrix details including the two new components, and how to prepare for the new survey. Download it here. 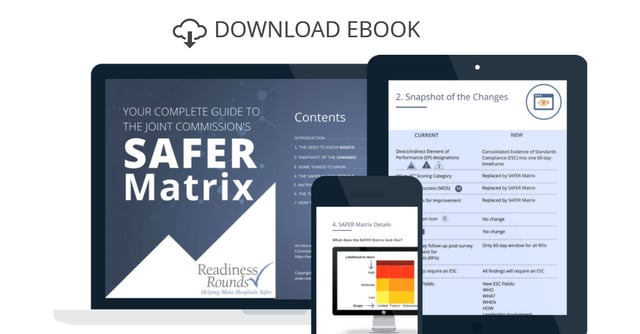 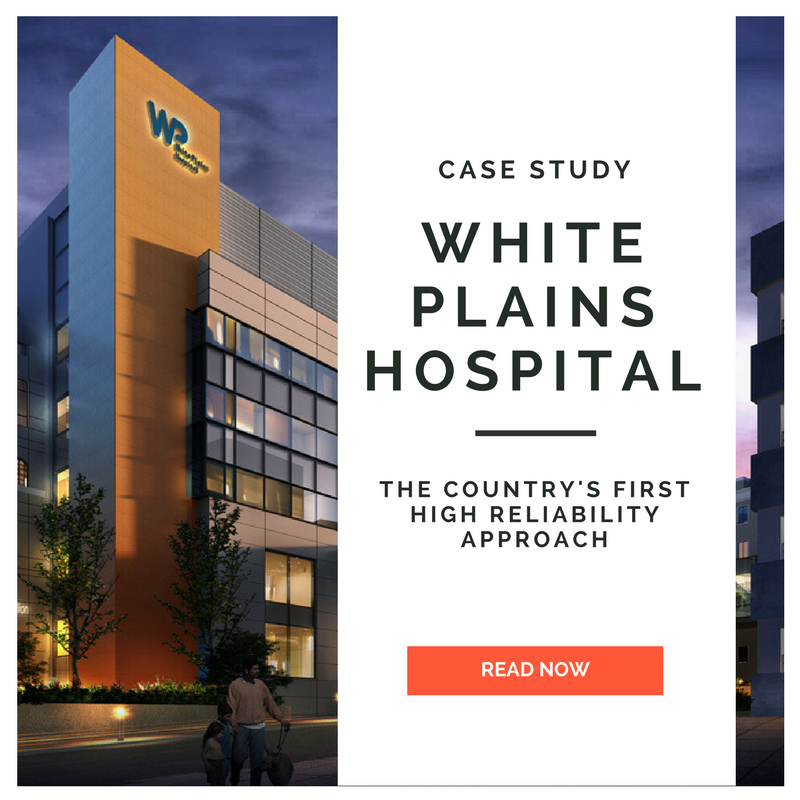